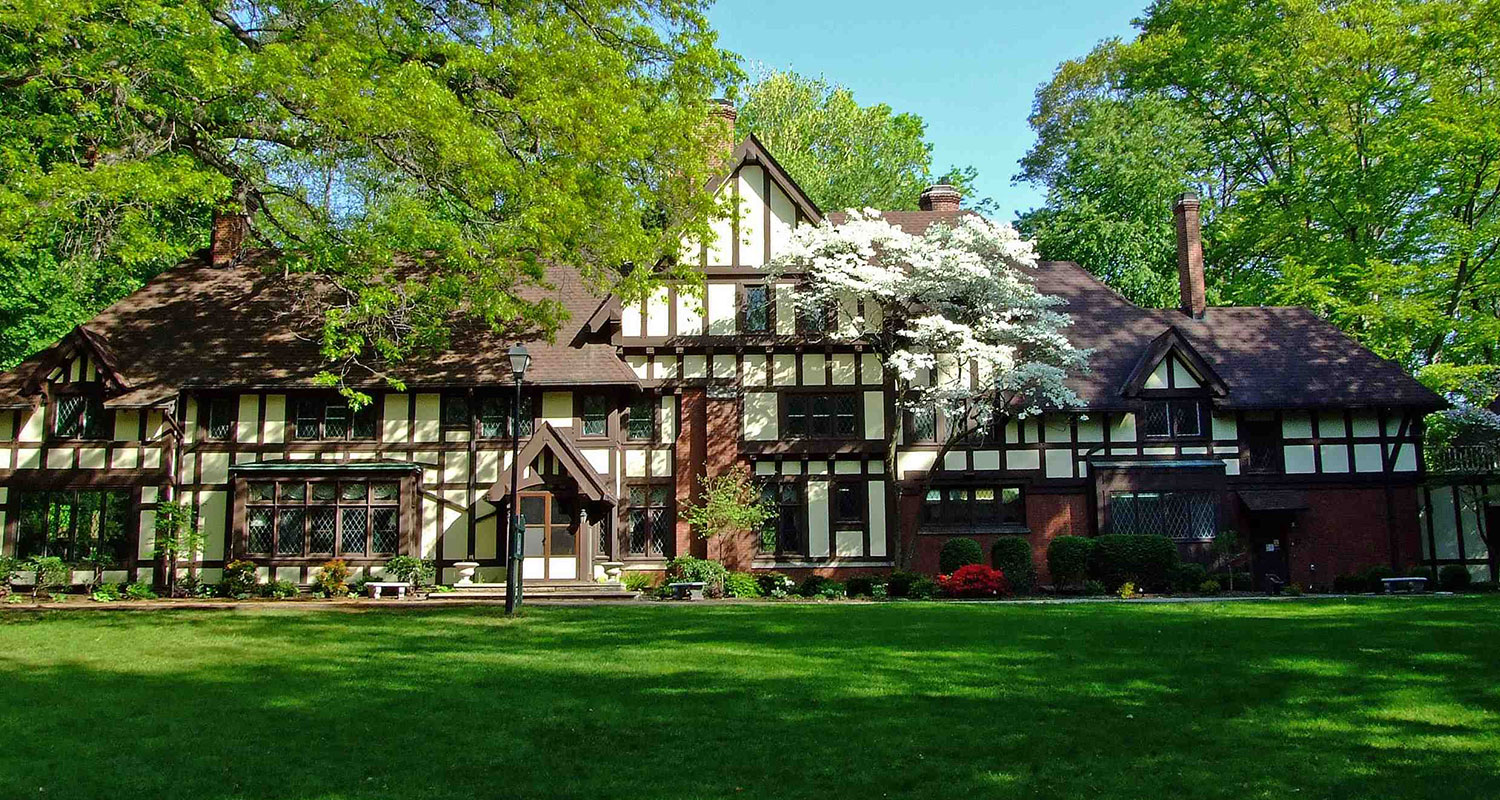 The Lake County Art Contest has grown into a well-recognized show with locally known and emerging artists. This art contest accepts a variety of media including watercolor, oils, pastels, acrylics, drawings, digital photographs and 3D. Monetary awards will be given for first place in each category and Dorothy McNamara Maloney Best of Show. All awards will be made at the discretion of the Judge and are final.

Come to the Manor House to find many wonderful holiday items for sale from over 30 vendors including art, jewelry, handmade treasures, live greenery, baked goods, ornaments, stockings and much, much more.

Formerly known as the Wildwood Estate, the Manor House and park grounds hold an affluent and prosperous history. The Wildwood Estate, once fertile apple orchards and rolling hills, was developed by Cleveland industrialist John G. Oliver in the early 1900’s. Mr. Oliver, well noted for drafting the plans to the largest telescope of it’s time while employed by Warner and Swazey Inc., became co-founder of Bardons & Oliver,a machine tool firm. It was during that time that Mr. Oliver, in the development of his business, visited England and grew fond of the English Manor House architecture of the late Medieval and early Renaissance era.

As his business flourished, Mr. Oliver and his wife, May, purchased 34 acres on Little Mountain Road and began the construction of the estate home. Following in the footsteps of other wealthy Cleveland families, the Olivers decided that the Wildwood estate would become their summer residence. Oliver then commissioned Abram Garfield, son of the late President James Garfield, to build the manor home. Garfield had studied architecture at M.I.T. and through his own Cleveland architectural firm had become noted as one of the most important residential architects in Cleveland.

The construction of Wildwood lasted nearly three years. To monitor the progress and escape the city, the Olivers, along with their children Margaret, Hortense and Lockwood, would occasionally make the long journey from their University Circle home in Cleveland to Mentor and spend time at Wildwood. Overnight accommodations for the family were unsophisticated in the estate’s barn.

After construction was complete in 1908, the Wildwood Estate became one of the earliest renderings of the English Tudor Revival style in Northeast Ohio. Situated on 34 acres, the home contains 25 rooms. There are 9 bedrooms; 3 of which were used by servants, 8 fireplaces, a full basement and a third floor ballroom. Occasionally when not being used by the family, the Olivers would rent Wildwood to friends of the family so they could also enjoy Wildwood’s beauty. The home was run by a staff of six who tended to the homes interior, exterior, barn, gardens and landscaping. To make the home comfortable for his young children, John Oliver had a small childrens’ playhouse constructed in the woods behind the home. The small brick house had running water, electricity and a mini-kitchen with working stove for the girls to practice their skills.

As most families did, the Olivers also kept livestock. Milk from the cows was transported to Kirtland for processing and when it wasn’t used at Wildwood, it was transported back to the family’s home in Cleveland for use there. The Olivers had vegetable gardens on the estate which provided for the family during the summer months. In fact, Wildwood was one of the first homes in Lake County to acquire a freezer for storing food.

Shortly after John Oliver’s death in 1939, his daughter Margaret Oliver Collacott and her husband Robert Collacott, inherited the estate. The Collacott family had the home winterized for year round use and eventually by 1949, as transportation increased and Mentor village began to grow in size, the Collacott’s became permanent Mentor residents. Wildwood remained as one of Lake County’s premier homes throughout the 50’s, 60’s, and 70’s.

In the fall of 1973 Margaret Oliver Collacott died, leaving the Wildwood estate to her daughters, May Targett & Catherine DeWitt. While both of John Oliver’s granddaughters were grown and had lives of their own, they continued to visit and maintain the house for a short while.

In early 1980, Mentor city officials, realizing the great value of preserving the property, approached Mrs. Target and Mrs. DeWitt to discuss the possible sale of the property for preservation as a park that all Mentor residents could enjoy. They negotiated a purchase price of $300,000 for the entire estate including the Manor House. The sisters agreed and the property became a public park months later.

In December, 1980, an official dedication of the center was held. The Wildwood Cultural Center was opened to the public as a City of Mentor facility under the Parks, Recreation and Public Lands Department.

Wildwood is available for rental and provides a historic, unique and comfortable setting for weddings, receptions, parties, business meetings, seminars, conferences and special events. Rental information, as well as membership opportunities, for the center is available by calling The Wildwood Cultural Center at (440) 974-5735 Monday through Friday between the hours of 9:00 a.m. – 5:00 p.m.

We hope that you enjoy the unique atmosphere and the many benefits brought to you by the Wildwood Cultural Center and the City of Mentor.

First Floor
First floor rentals accommodate up to 75 guests and includes use of the front room, garden room, dining room and a warming kitchen complete with refrigerator, warming oven, microwave, plus sink and counter space. The first floor has all the charm of a traditional Tudor home with deep color tones, rich woodwork and three original fireplaces (nonworking).

South Wing
The South Wing is a spacious room located off the kitchen and garden patio which can be rented on its own Monday – Thursday for up to 75 people. It can also be added to any first floor rental to accommodate a total of 150 guests. Use of the kitchen is included.

Call the Wildwood Cultural Center at (440) 974-5735 to make arrangements to visit the facility and/or to complete a rental contract. 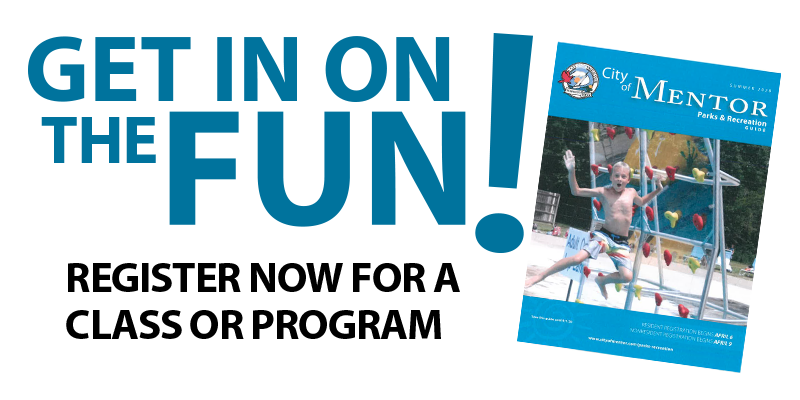